The AlpBase Academy is situated in the Vallouise Valley, gateway to the Ecrins National Park and the centre of the Hautes Alpes - one of the least populated and most pristine areas in France. This region of the country - 05 - comprises the Southern French Alps and is one of the few alpine areas in Europe that has always controlled its tourism. As well as substantially better weather – a guaranteed 300 days of sunshine every year - this area is a lot less commercialised than the Northern French Alps.

Best of all, the Hautes Alpes offers the widest range of outdoor activities anywhere in Europe, all year-round. Here are the main areas and the activities they offer: 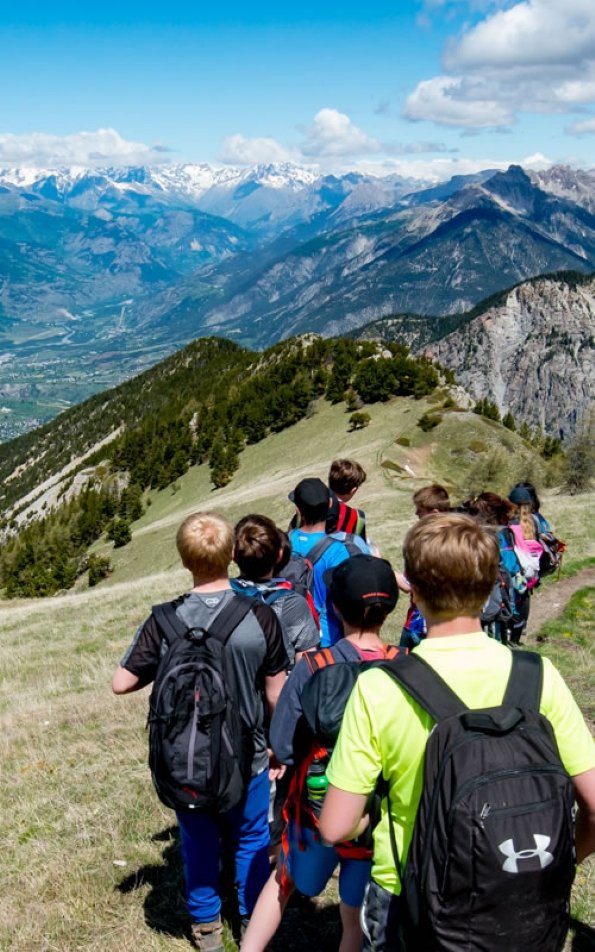 The Hautes Alpes (5,549 km2 in size) is France’s adventure playground - a multi-activity mecca that encompasses a region just smaller than the combined total size of the Lake District (2,292 km2), The Peak District (1,437 km²) and the Snowdonia National Park (2,140 km2). Yet the Hautes Alpes only experiences 2 million visitors a year compared to the combined 40 million visitors that the Lakes, Peaks and Snowdonia receive annually!

The Hautes Alpes is tucked away just beneath the Northern Alps and borders Italy to the east, Bourg D’Oisan and Grenoble to the West, and Provence to the South. The average altitude is over 1000 m, and the highest elevation is over 4000 m. so not surprisingly the Hautes Alpes comprises the highest village (Saint-Véran in the Queyras – 2042m.) and the highest town (Briançon – 1326m.) in France. Which is why the locals call this region “the Mediterranean Mountains”? The amazing thing though is that in winter the skiing, boarding and ski mountaineering are as good as anywhere in Switzerland or Austria. But best of all, the terrain is ideal for school children between the ages of 8 and 18, due to the accessibility of the terrain and the stable “300 days of sunshine” climate.

During this period the following activities are on offer: Ski and snowboard downhill and off-piste, X-C skiing, snow shoeing, igloo dwelling, and ice-fall climbing. From mid-April, we start our hiking, Via Ferrata and rock climbing courses.

Few tourists come to the Hautes Alpes during this season yet it's great for walking, rock climbing, white water rafting and kayaking, mountain biking and road cycling, Via Ferrata, and paragliding. This is arguably the best period for our hiking courses. Students go trekking, often wearing just in t-shirts, through alpine pastures brimming with fresh flowers under deep blue skies and end of winter snows high above.

Now the temperatures in the Ecrins Massif increase from 25°C to 30°C, but heavy late afternoon showers can also occur. Students can do pretty much everything except skiing other than on the glaciers of La Grave and Les Deux Alpes.

Fantastic weather, and amazing colours - great for rock climbing, mountain biking, walking and hiking, road cycling, mountain biking and Via Ferrata. September is often more settled than July or August, and a lot quieter, but with slightly lower temperatures. Early October you will find the colours at their most intense, yet our students are still super active dressed in t-shirts with a light fleece. Other than spring, this for us is the best time for multi activity courses in the Hautes Alpes. By the end of October, the region already feels like it is ready for winter and by mid November we usually get our first big dumps of snow.